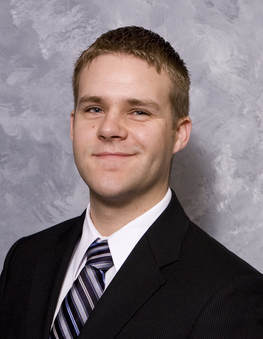 Jay Hahn
MRA lobbyist Jay Hahn and his team are present at the Capitol in Jefferson City each day the Missouri Legislature is in session.

​Jay is a partner and founding member of Hahn | O'Daniel where he oversees government relations, advocacy, strategies and messaging efforts on behalf of Missouri Restaurant Association and other clients.

Prior to founding the firm, Jay served as the Director of Government Relations for the Missouri Optometric Association where he was responsible for developing MOA’s legislative priorities and implementation strategies.

In his free time, Jay enjoys aviation as a hobby. In 2012, he earned his Federal Aviation Administration Private Pilot certification. In addition to flying for fun, Jay uses aviation as an advocacy and campaign outreach tool. He holds a Bachelor of Science degree in Political Science from Missouri State University. Jay resides in Jefferson City with his wife, Kayla, and daughter, Claire.